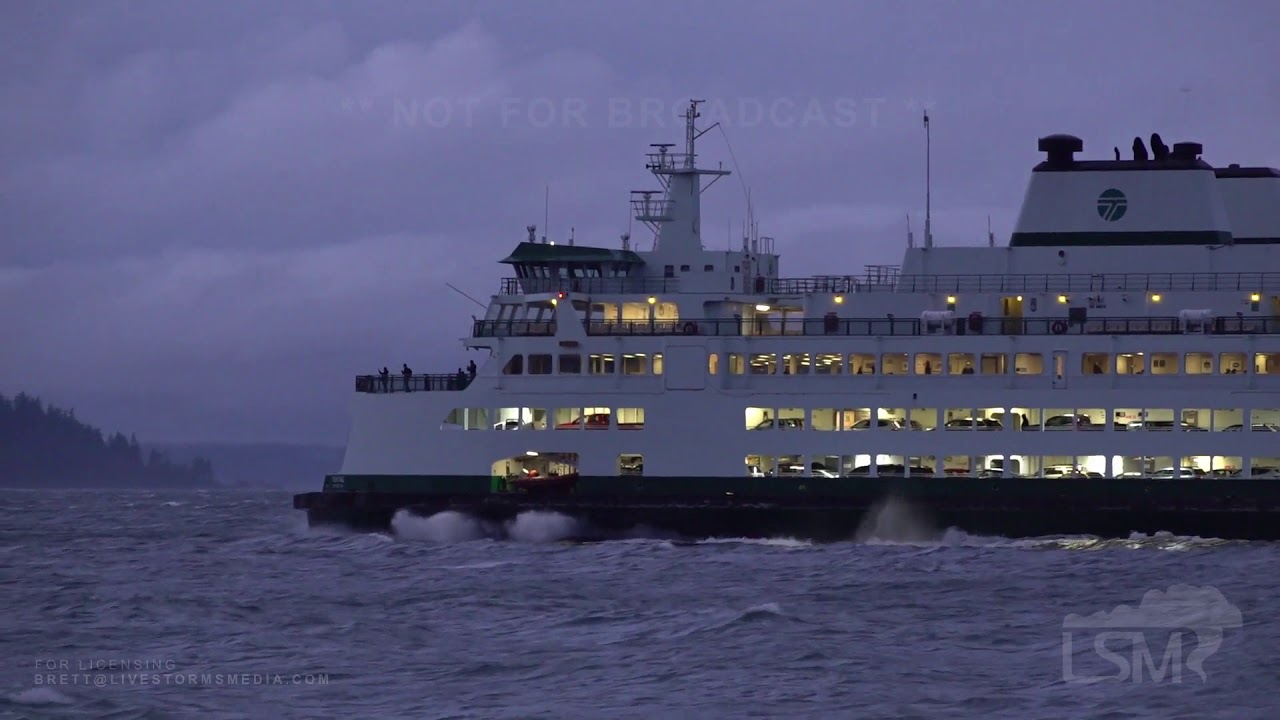 Today the Puget Sound is experiencing it’s first region wide windstorm of the season. The roads were plenty wet for travelers. Some of the shots show the tall pines bending in the wind, others are driving shots showing cars driving in the heavy rain. There is a good shot of a washington state ferry crossing the puget sound in the choppy water. There is also a time lapse of the system moving in with the waves of the puget sound crashing in the foreground. Towards the end of the package shows fire fighters responding to a house fire.