10 best things to do in Seattle, Washington

Home /Seattle Media/10 best things to do in Seattle, Washington 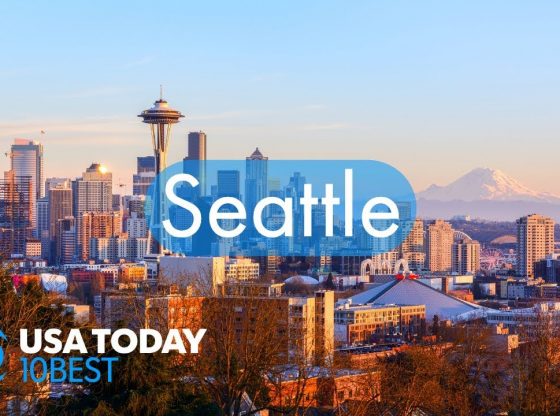 Insider tips on the best things to do in Seattle from a Local Expert.

Situated between two major mountain ranges on the banks of Puget Sound, Seattle exists in a virtual wonderland for outdoor recreation. Amidst all of this nature, though, Seattle is also a smart and sophisticated place, known for technology and airplanes as much as for salmon and Sasquatch. Activities and attractions here match that dichotomy, providing equal doses of extreme and more mellow, indoor sports.

The city’s commitment and connection to its marine surroundings are on view at the Seattle Aquarium. As an alternative, though, visitors can choose to get out on the water, either by sea kayak rental or by riding the Washington State Ferry system. There are multitudes of scenic waterfront and woodland parks at which to enjoy the region’s natural beauty, and the piece de resistance is Mt. Rainier National Park, where visitors can get up close to the namesake peak, hike, camp or picnic.

In Ballard, The Chittenham Locks, where ships travel from the Puget Sound to Lake Washington and Lake Union, exemplifies Seattle’s dependence on its waterways and educates the public about salmon conservation. On the cerebral side, Seattle museums offer enlightenment on aviation, history and industry, art and science. And here, even music and sci-fi get time in the spotlight, thanks to the 140,000-square-foot Frank O. Gehry-designed Museum of Pop Culture (or MoPOP, formerly the EMP) and Science Fiction Hall of Fame at Seattle Center.

Plan your trip with our Seattle City Guide: https://www.10best.com/destinations/washington/seattle/

More info on 10 best things to do in Seattle, Washington

10 best things to do in Seattle, Washington - BingNews Search results