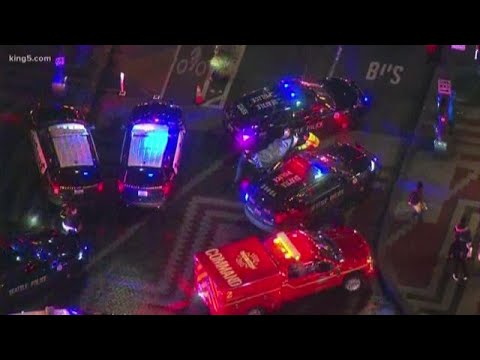 1 person is dead and 7 hurt, including a 9-year-old boy, after a shooting near 3rd Avenue and Pine Street in downtown Seattle. Police say the shooting was not random