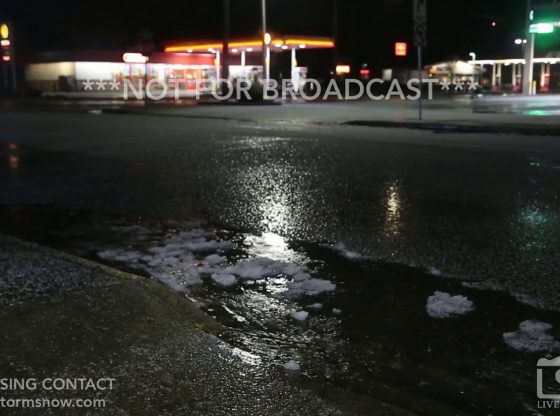 300,000 customers have lost power as a Major damaging windstorm took place in the early morning hours of January 6th, 2019. In Des Moines, Washington, multiple power flashes from arching power lines or exploding transformers were observed. Huge swells rolled across the Puget Sound, some of them licking the bottom of the pier. Interviewed a gentleman who was frightened by the storm and gave some of his story. I had arrived in Des Moines just after 1AM, when I arrived, the winds were dead calm and there was barely even a ripple on the Puget Sound. I could then see powerflashes to the south, even though where I was there was no wind. Then the most amazing thing happened. I could hear the wind surge roaring across the Puget Sound before it hit, and then it hit with full force, peaking around 3AM with a 60MPH gust at Seatac Airport, which is the official observations location for downtown Seattle. Also intercepted a severe warned thunder storm that coated I-5 with hail in Marysville.